The Intersectionality of Pride 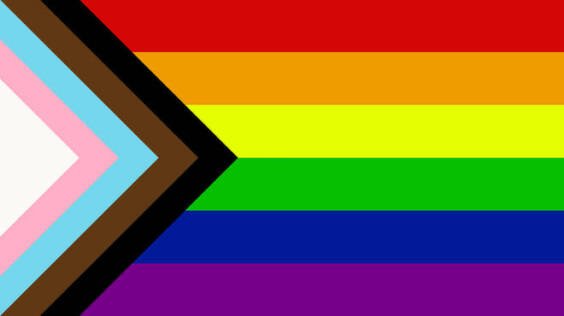 Strange to think of how we should be wearing glitter, rainbows and drinking overpriced drinks while smiling at strangers as we feel united by being present to celebrate Pride.  Strange to think that on the 50th anniversary of Pride, where globally there were massive celebrations planned most of us are sitting on our phones “liking” the rainbow posts we see.  Strange world indeed.

At Under The Rainbow we do our best to provide a balance of fun and education so when we’re asked to talk about “Pride At Work” we usually include the origin of Pride, the stark statistics on LGBTQ+ mental health and talk about intersectionality.  For the companies who embrace Pride, or better yet an LGBTQ+ inclusive culture it is about fun, inclusion and family days of face painting and breakfasts with colleagues.  While Pride is a public celebration of the LGBTQ+ community and inclusivity, it is also a protest.  A protest for human rights, equality and acceptance.  A protest that we should always remember as it is still needed.  Let’s talk about the origin of Pride.

“Pride” is 50 years old this year, with the first Pride March taking place June 28 1970 in Chicago, organised by Brenda Howard, a bisexual woman who devoted her life to LGBTQ+ activism, to commemorate the anniversary of the Stonewall Riots of 1969.

The Stonewall Riots of 1969 were a direct response to the rampant police brutality that had plagued New York’s LGBTQ+ community for years.  The Stonewall Inn was a bar in Greenwich Village that welcomed a diverse assortment of patrons and was generally a safe and peaceful space with a window sign that said “We homosexuals plead with our people to please help maintain peaceful and quiet conduct on the streets of the Village”.  It was alleged to have been protected by the Mafia.

Marsha P. Johnson (1945-1992) is credited as the one who sparked the riots.  Marsha could be perceived as the most diverse of people, she was black, queer, transgender, a drag performer, a model for Andy Warhol, often homeless, a sex worker, a political activist, who struggled with mental illness.  On the night of the raid she was sitting at the bar in the Stonewall Inn while the police rounded up those whose genitals did not match their attire.  She reportedly threw her shot glass into the mirror behind the bar shattering it, shouting “I have my civil rights”.  The riots were a series of violent protests and demonstrations uniting the LGBTQ+ residents of New York City to form activist groups.  The Stonewall riots of 1969 are at the centre of the gay rights movement and inspired the celebration that Pride is today.

Revolution, diversity, activism and inclusion are threads sewn directly into the fabric of the LGBTQ experience.  The LGBTQ+ community doesn’t just need allies who will wave flags, it needs education, equality and inclusion regardless of gender, sexuality, race, class and ability.  As a company founded by 3 LGBTQ+ activists who have their own experiences of the corporate world we can help businesses understand that there can’t be Pride without intersectionality.  For businesses to truly embrace diversity, inclusion and acceptance, it has to be looked at through an intersectional lens.